A traveling exhibit created by MONOVA: Museum and Archives of North Vancouver 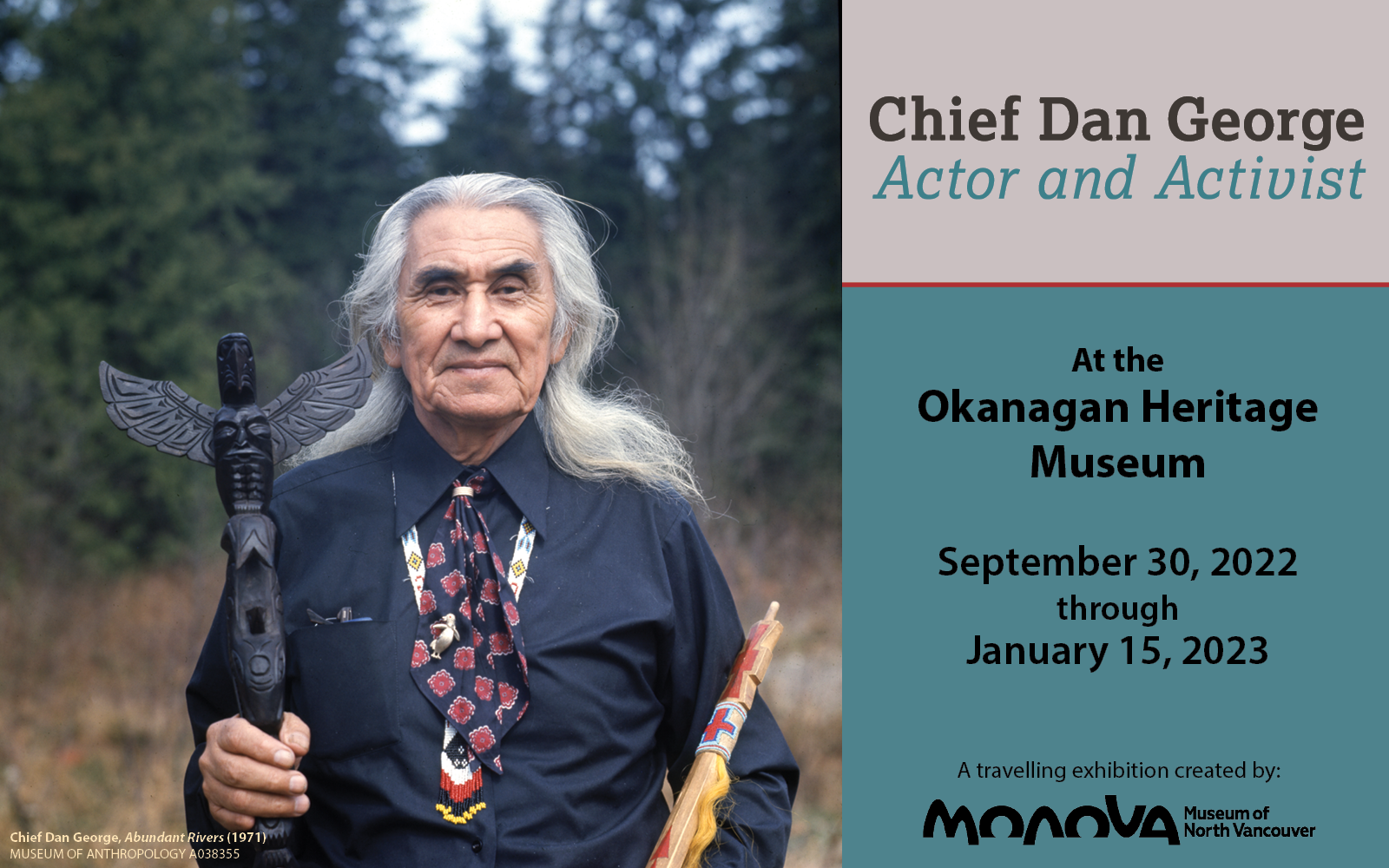 A traveling exhibit created by MONOVA: Museum and Archives of North Vancouver

Explore the life and legacy of Tsleil-Waututh Chief Dan George.

Although focused on Dan George, the exhibition also delves into significant events in the First Nations rights movement in BC and Canada.

Longshoreman, actor, musician, lecturer, poet, activist, environmentalist and First Nations leader. Dan George (born Geswanouth Slahoot) is well remembered. Raised on the Burrard Indian Reserve #3, the son of hereditary chief George Sla-holt, he spent much of his life working as a longshoreman and logger. He began his acting career later in life during the 1960s and 70s. Dan George appeared in many television, movie and stage productions in which he worked to promote a better understanding of First Nations people.

Admission is by donation.

Suggested donation $5 per person/$15 per family

The Kelowna Public Archives, located at the Okanagan Heritage Museum, is a historical resource centre where public records and historical documents are kept and preserved for informational and research use.

A state-of-the-art Conservation Laboratory offering a variety of conservation services to the public, such as repairs, cleaning and polishing, mounting and protective enclosures.

na’ʔk’ʷulamən (what we do): Tree Ornaments

na’ʔk’ʷulamən (what we do): Tree Ornaments

Join us for a family fun morning decorating your own tree ornaments. Themes include buckskin gloves, ribbon shirts and dresses, stylish coyotes, as well as mini teepees and canoes. 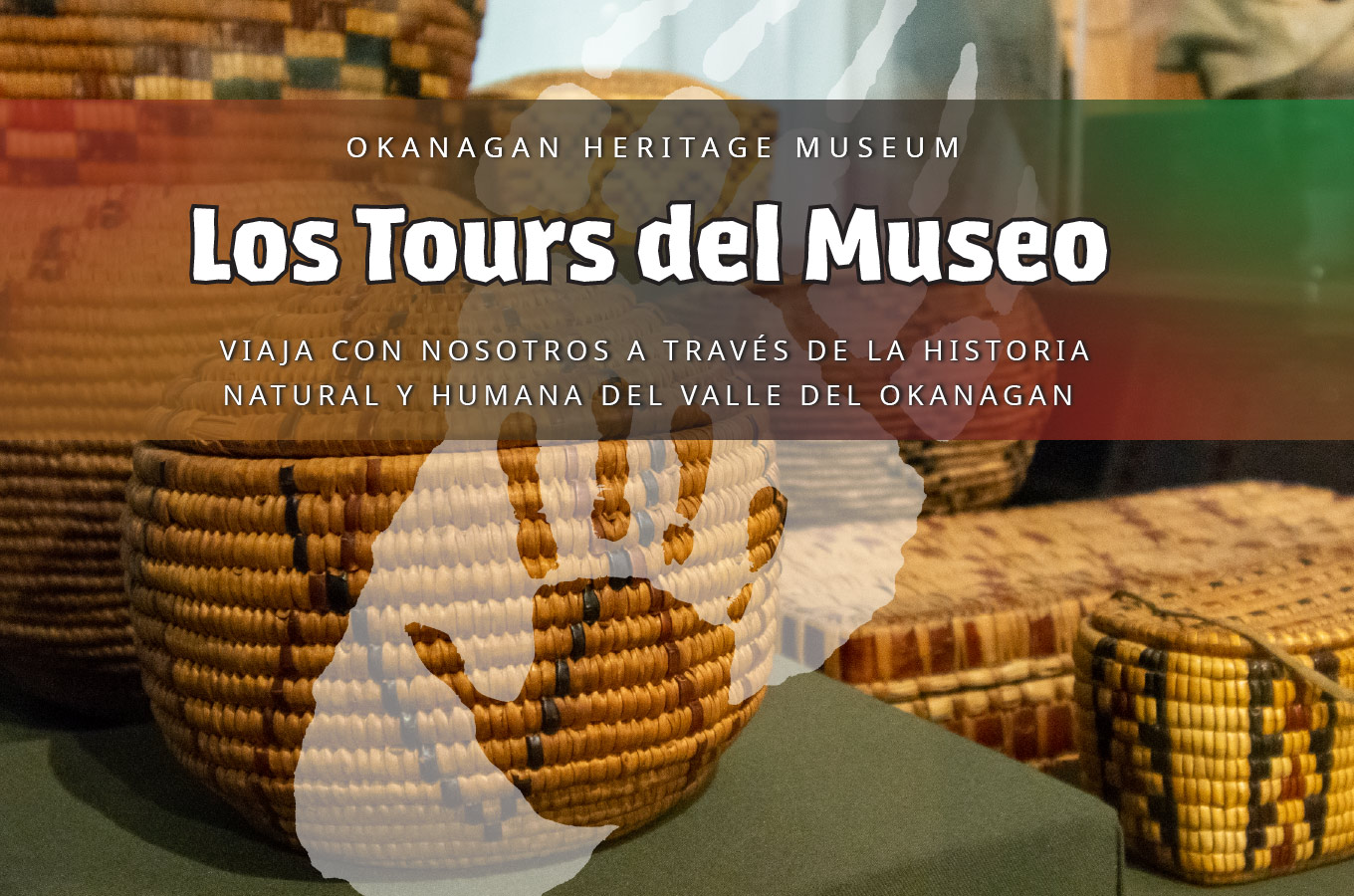