Did you know that the Okanagan has the greatest biodiversity in Canada?

It is an excellent place for people to connect with nature! The Okanagan Heritage Museum is hosting Birds of Prey, a bilingual travelling exhibition from the Royal BC Museum, from May 1 to August 5, 2019.

Throughout time, people have feared and admired birds of prey, but what do we really know about them? Find out in Birds of Prey, which includes mounted specimens of all 16 species of owl and all 19 species of vulture, hawk, eagle and falcon native to Canada.

Snowy Owls, Turkey Vultures, Ospreys and Peregrine Falcons are just a few of the featured species.  With specimens displayed in natural poses and surrounded by elements suggestive of their habitats, Birds of Prey illustrates their might and majesty in a lifelike setting. The exhibition gives visitors the rare opportunity to see these incredible creatures eye to steely eye. Visitors will also have a chance to learn the nsyilxcən names for some of the species. 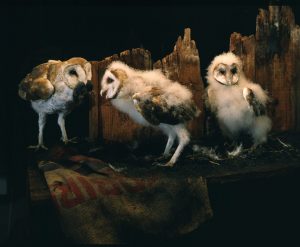 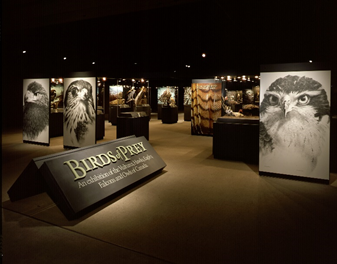 Special thanks to our supporters: